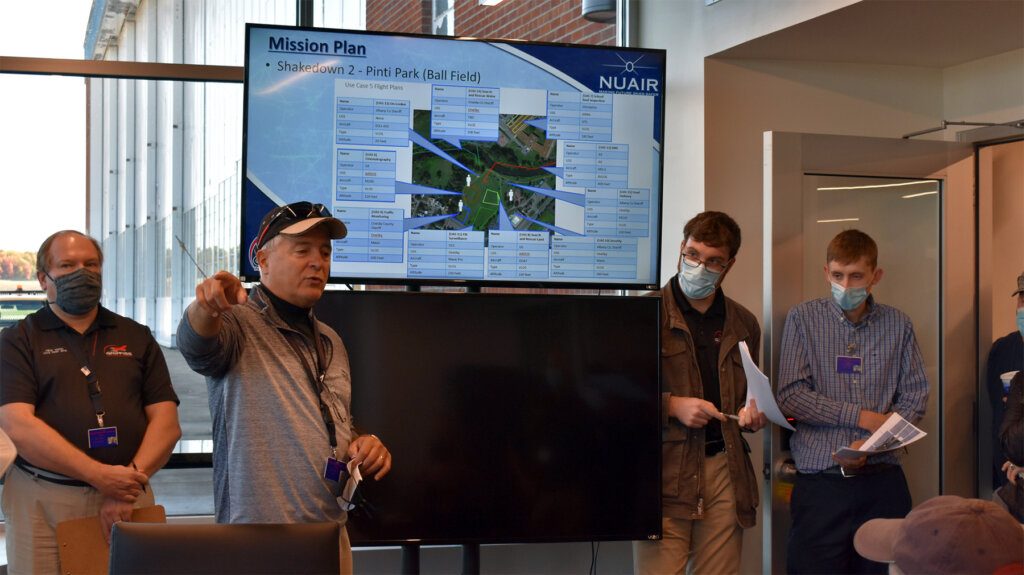 More than 40 people from 13 different organizations came together, both physically and virtually, to complete the work outlined in UPP Phase Two. Mark Reilly of AX Enterprize served as the test director and technical lead; Tony Basile of NUAIR acted as the air boss..

Three weeks of testing included over 100 live and simulated flights of both manned and unmanned aircraft. The UPP2 team reached their goal of high-density urban drone operations, with a peak density of 18 aircraft (15 live and 3 simulations) in the air at the same time, within 0.2 square-miles of airspace over downtown Rome. For more information click here. To see FAA video of the event, click here.